Discord: https://discord.gg/wCSj5SD
READ this before posting ANY error/bug report: How to write bug report.
I am not responding on emails nor private messages at curse. Use this forum or discord.

Quote
I use the MaxDps addon for several of my classes and it helps me a lot because I have alts of every class and I can hardly remember how to play some of them. I haven't played protection on my paladin but the MaxDps Retribution module seems very slow in comparison to my other classes. I'm often waiting for the addon to catch up to what I'm doing because it's stays on the ability that I've just barely used for a bit too long. This can be confusing when I should use an ability two times in a row, because Im waiting for it to change, because it usually takes up to a second after I use an ability to indicate the next ability to use. It's not unusable and it has taught me the correct mental algorithm for the rotation, but the queueing system itself feels clunky on this module. This is the only MaxDPS module I've used that has this problem. If it's important, I'm using the Weak Auras string for the visualization of which abilities to queue. Thanks.
Top

Quote
I do not know what the TSU is or how to tell you the version of it.
Top

Quote
It has TSU in name. If u dont have it try https://wago.io/aP7Sr4WhN
Top

Quote
Ha yes, it appears the one I was using is different: https://wago.io/HJ9YcrnEZ

I don't know how I ended up with an unofficial one, but I think it's from the notes on the twitch client. I'll try the new one and report if there's improvement.
Top

Quote
Thank you very much, Kaminaris. I'm happy to report that using the correct TSU fixed the issue. I would also like to suggest updating the mod info in the MaxDPS twitch.app because it's pointing at the old TSU, I was using, which was incorrect. 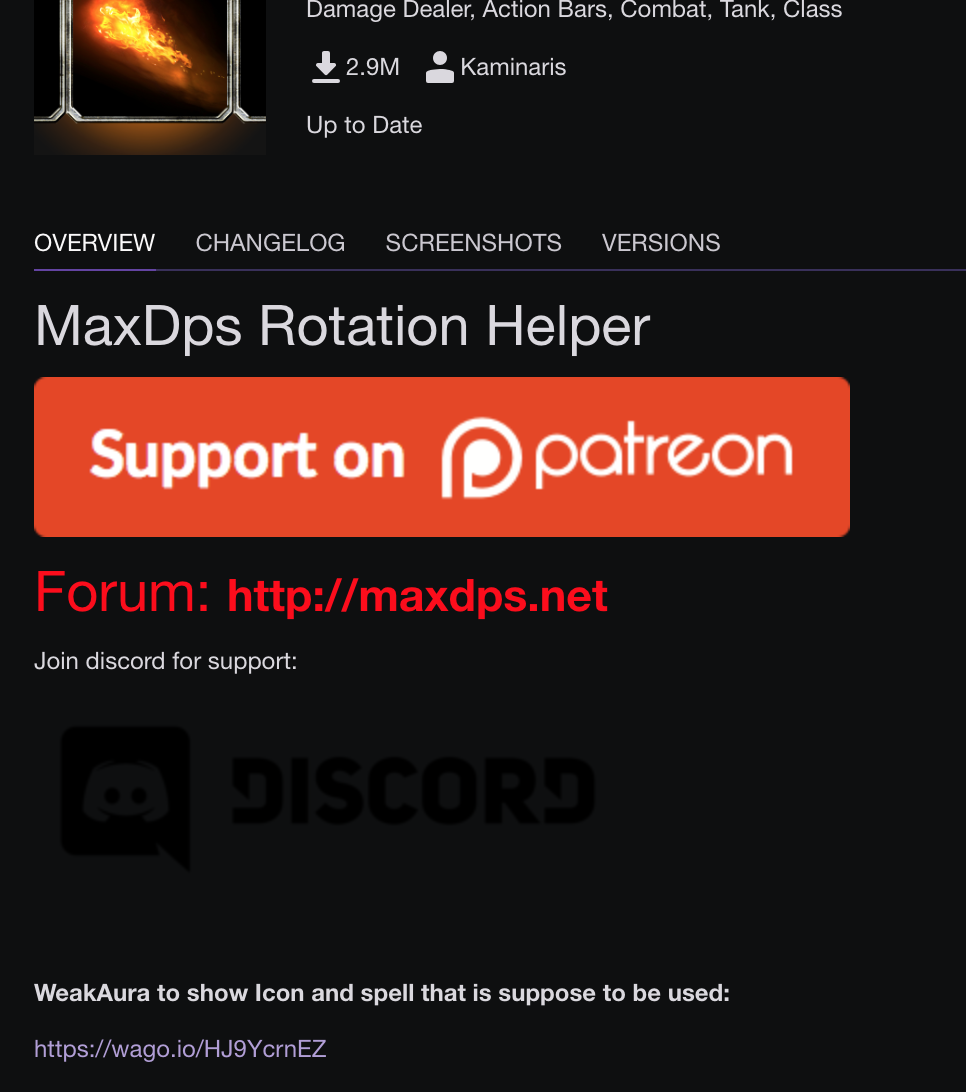